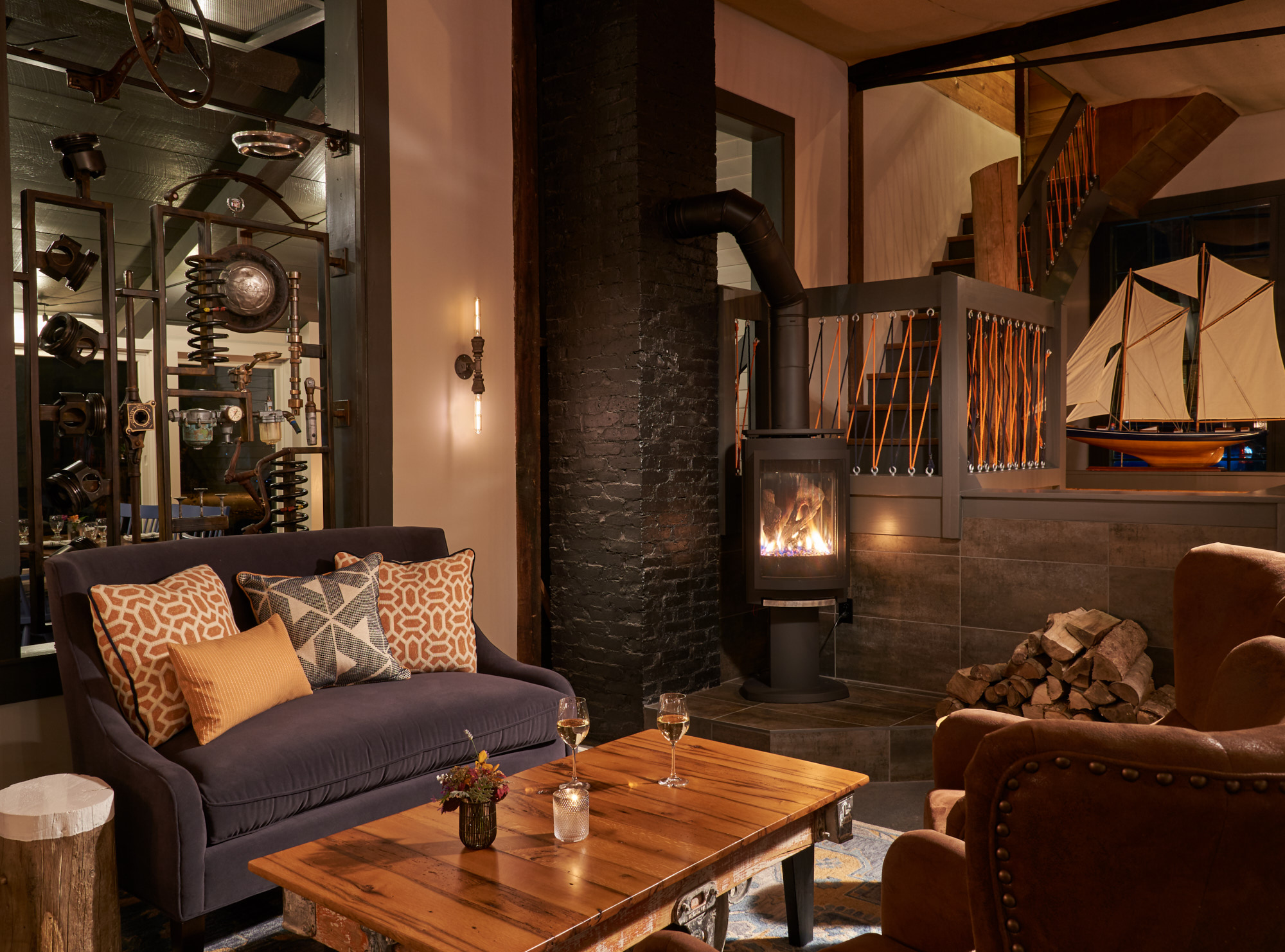 In designing the Water Street Kitchen and Bar in Wiscasset, Knickerbocker Group decided early on to pursue a modern industrial vibe, as the structure has had many uses over the years, including as a carriage house, car repair shop, and fill station in the mid-1900s. To save on the design budget, the team got creative with sourcing materials, light fixtures, and art. Many items were repurposed or reclaimed, which adds to the overall character of the space and is a subtle nod to the industrial history of the structure. Pieces of antique machinery left from the previous owner were curated as focal points in the space, and the bar top was built from reclaimed pine and walnut from South Portland’s Rousseau Reclaimed Lumber and Flooring. The designers purposely worked with small businesses throughout the project. The color palette is relatively neutral, with warm wood tones on the bar and tabletops and select pops of oranges and blues for accents. Local artist and metalworker Nate Hicks fabricated three sculptural pieces using reclaimed metal that was either donated or procured from various scrap yards in Maine. Soft textures contributed by hanging burlap installed on the ceiling, cozy lounge furniture, and warm lighting entice you to stay and enjoy the space. Overall, a sense of authenticity was kept intact, and details discovered during the construction process were celebrated: Existing poured concrete floors, dating to when the building served as an auto repair shop, were found underneath the carpet in the bar and lounge area; they were refinished and given a second chance to express their inherent beauty. Several signs that now hang in the space once adorned the front of the building, and they speak to its many uses over the years. The expression “less is more” resonates with this design, as the team prioritized decisions based on their overall impact on the design aesthetic and project as a whole. 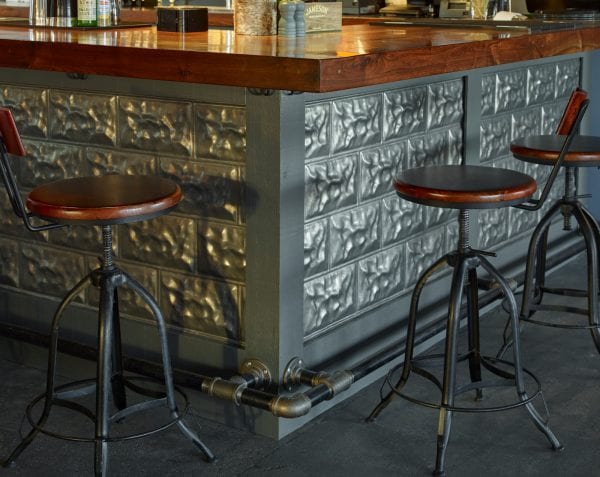 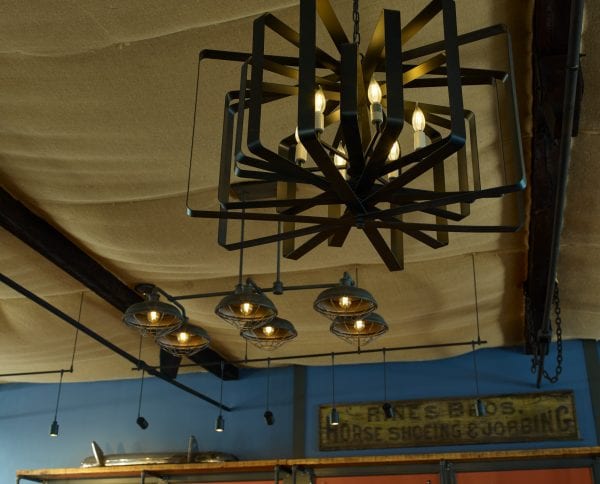 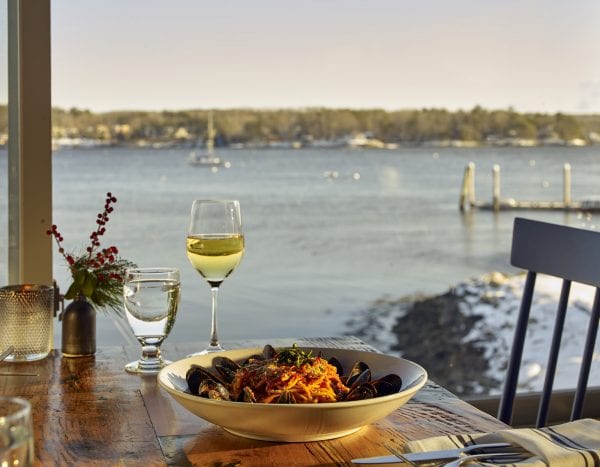 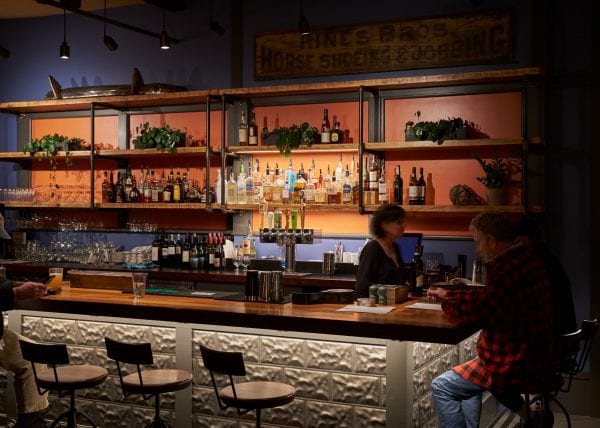 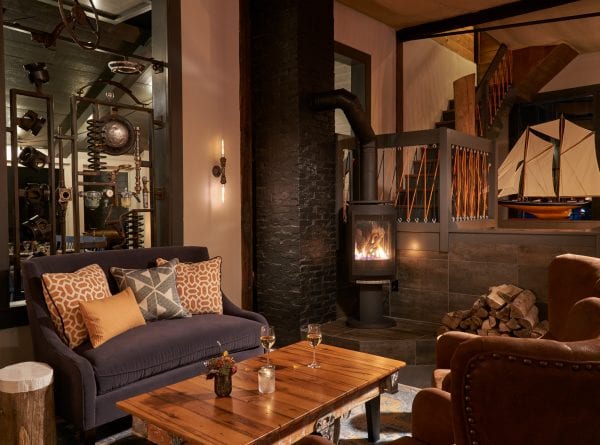 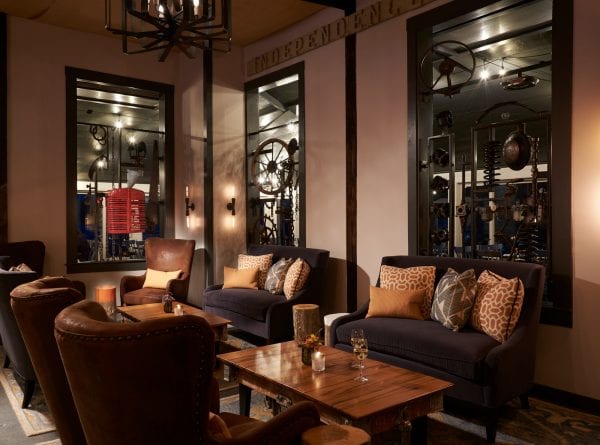 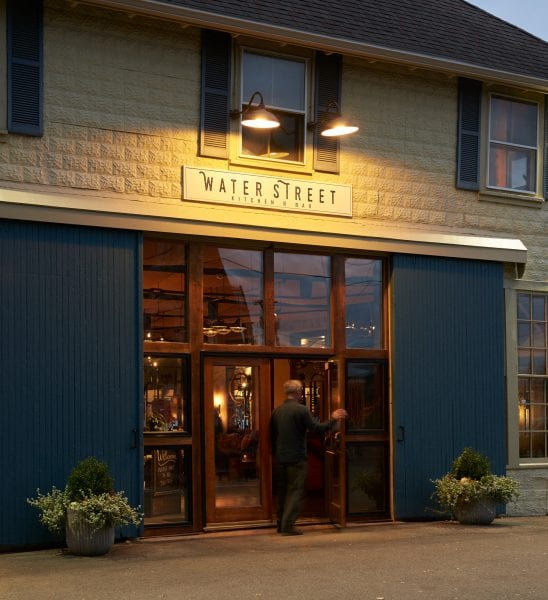 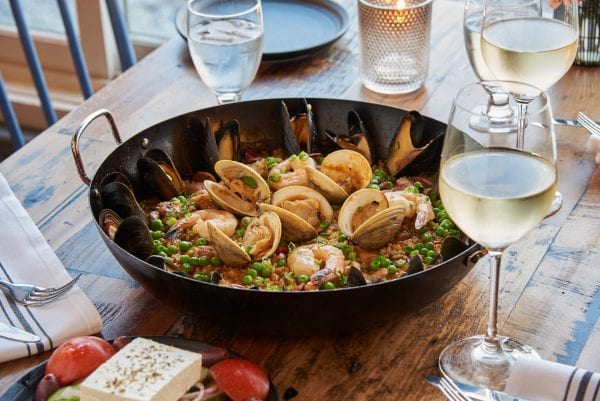 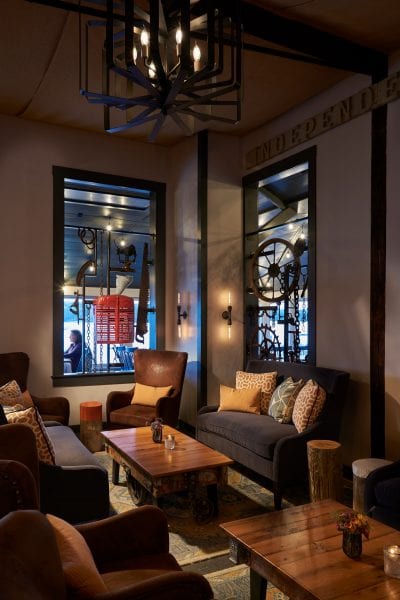 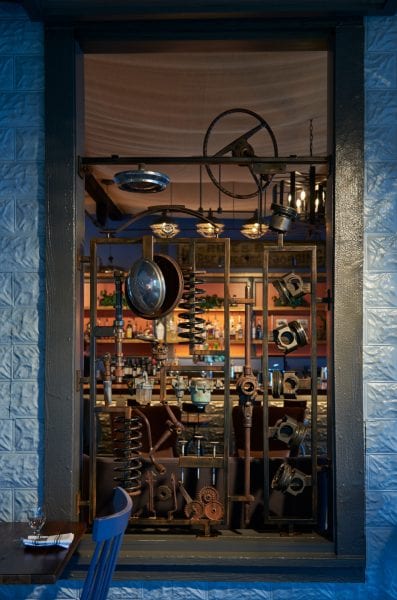 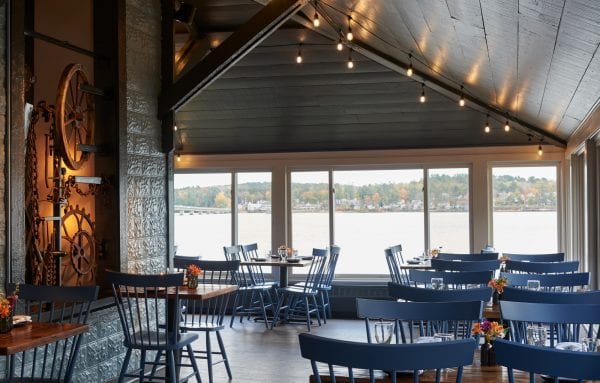 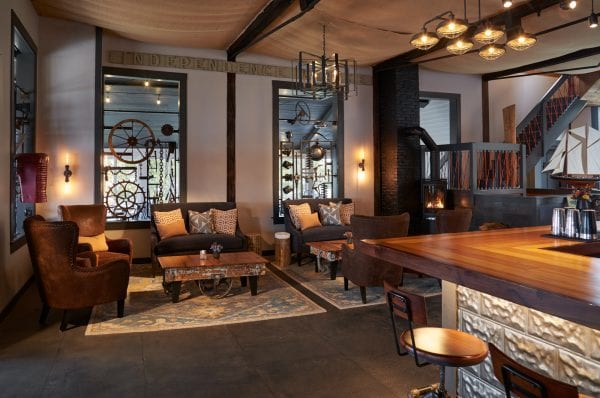 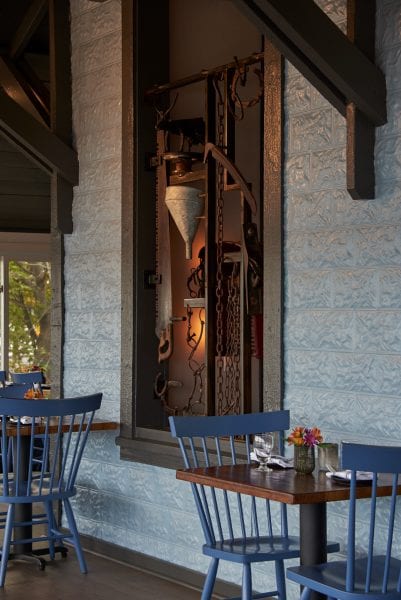