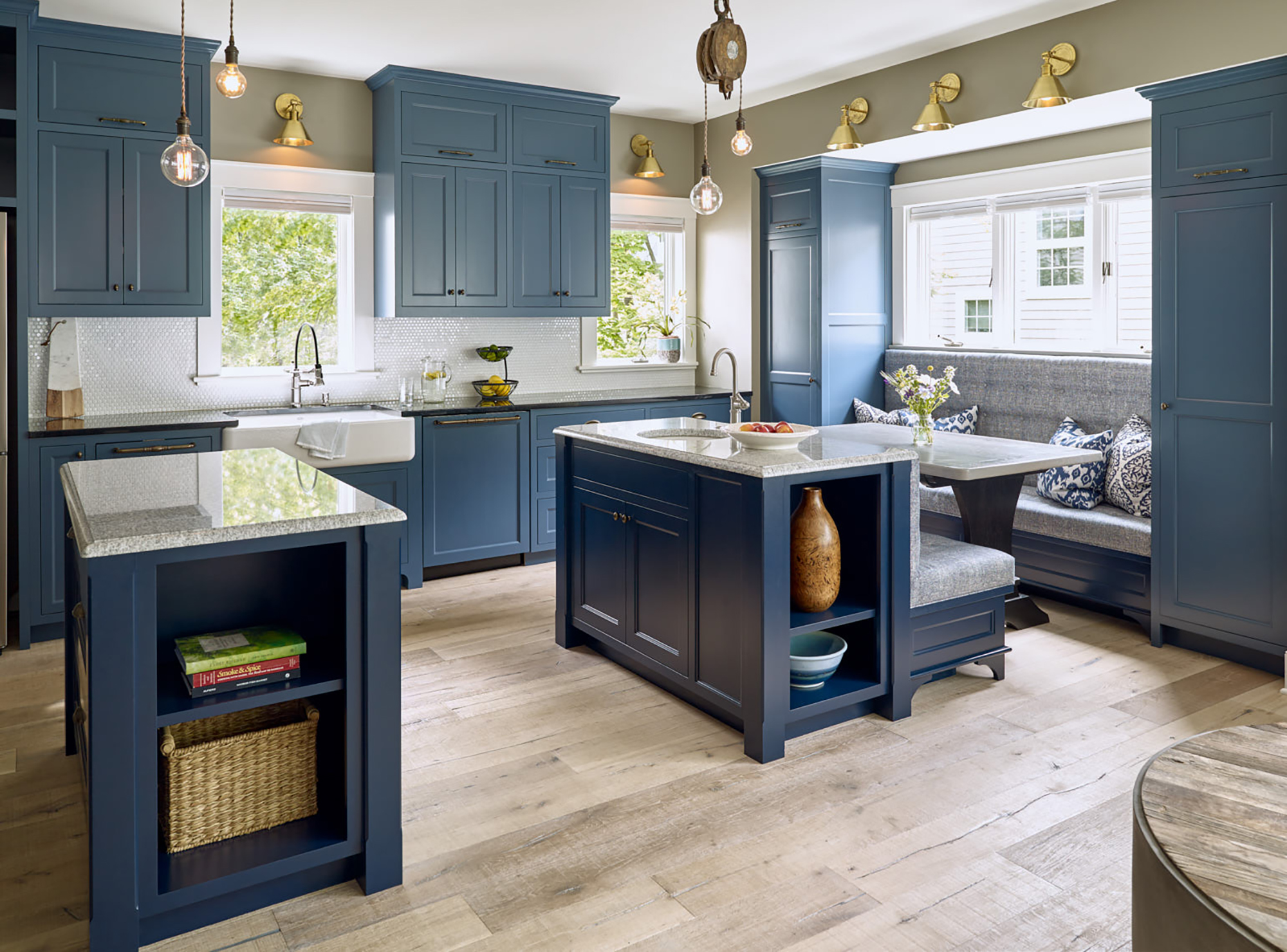 When the homeowners first looked at this property, they saw two things: beach access and design potential.

Approximately 70 steps from the private Casino Beach and in need of love and repair, this twentieth-century home was the perfect fit for a family that wanted a Maine summer home with character.

Having two college-age daughters and plenty of friends and family, their top priority for the new beach house was enough space for entertaining and throwing weekend parties. “We have about twenty people here at a time,” says one of the homeowners, who is an avid cook. “The whole point of having a vacation home for me is to come with your friends. It’s so much more fun that way.” Working with the team at Knickerbocker Group, the homeowners were able to maximize the space for entertaining needs while keeping the twentieth-century charm. 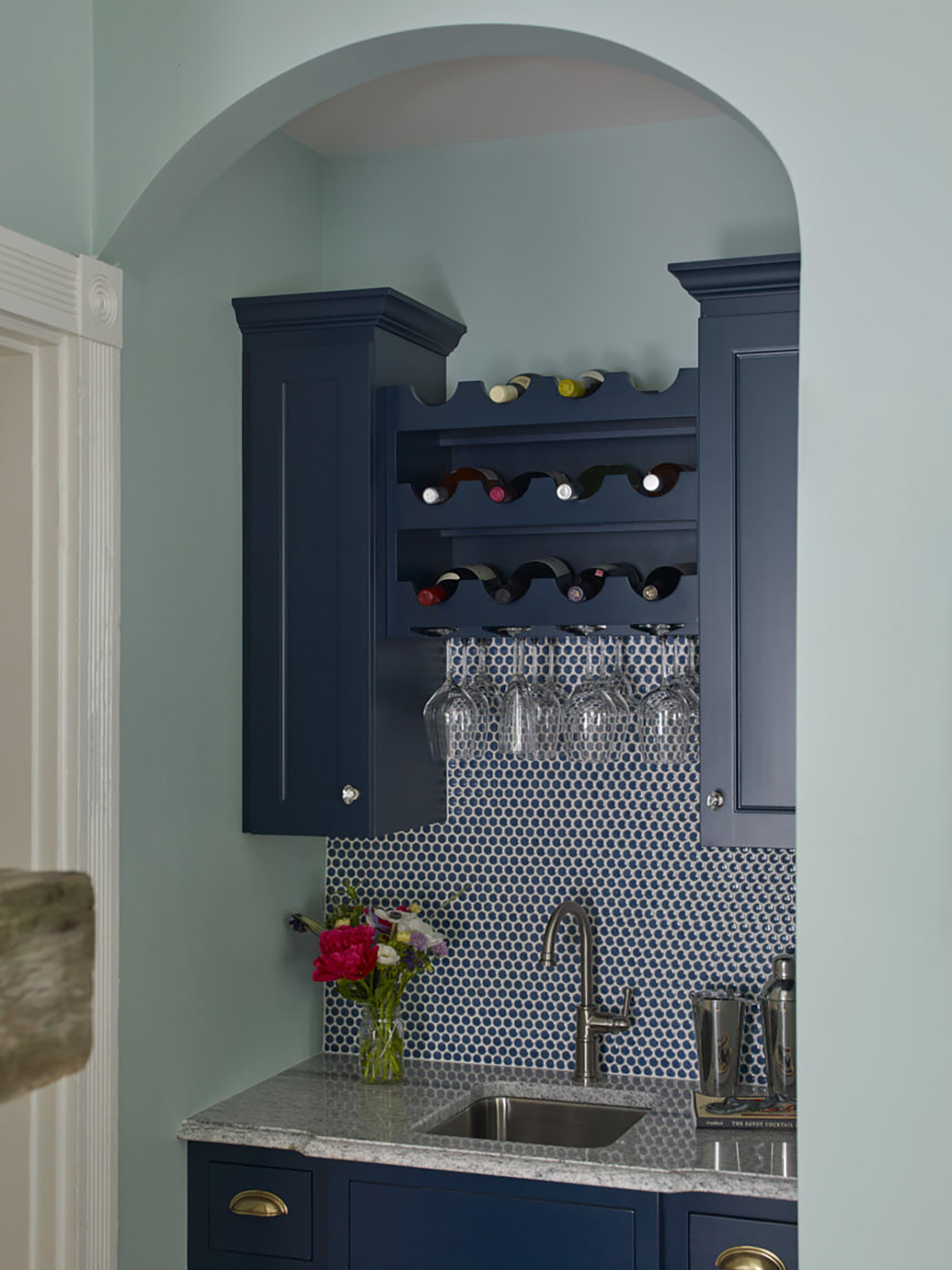 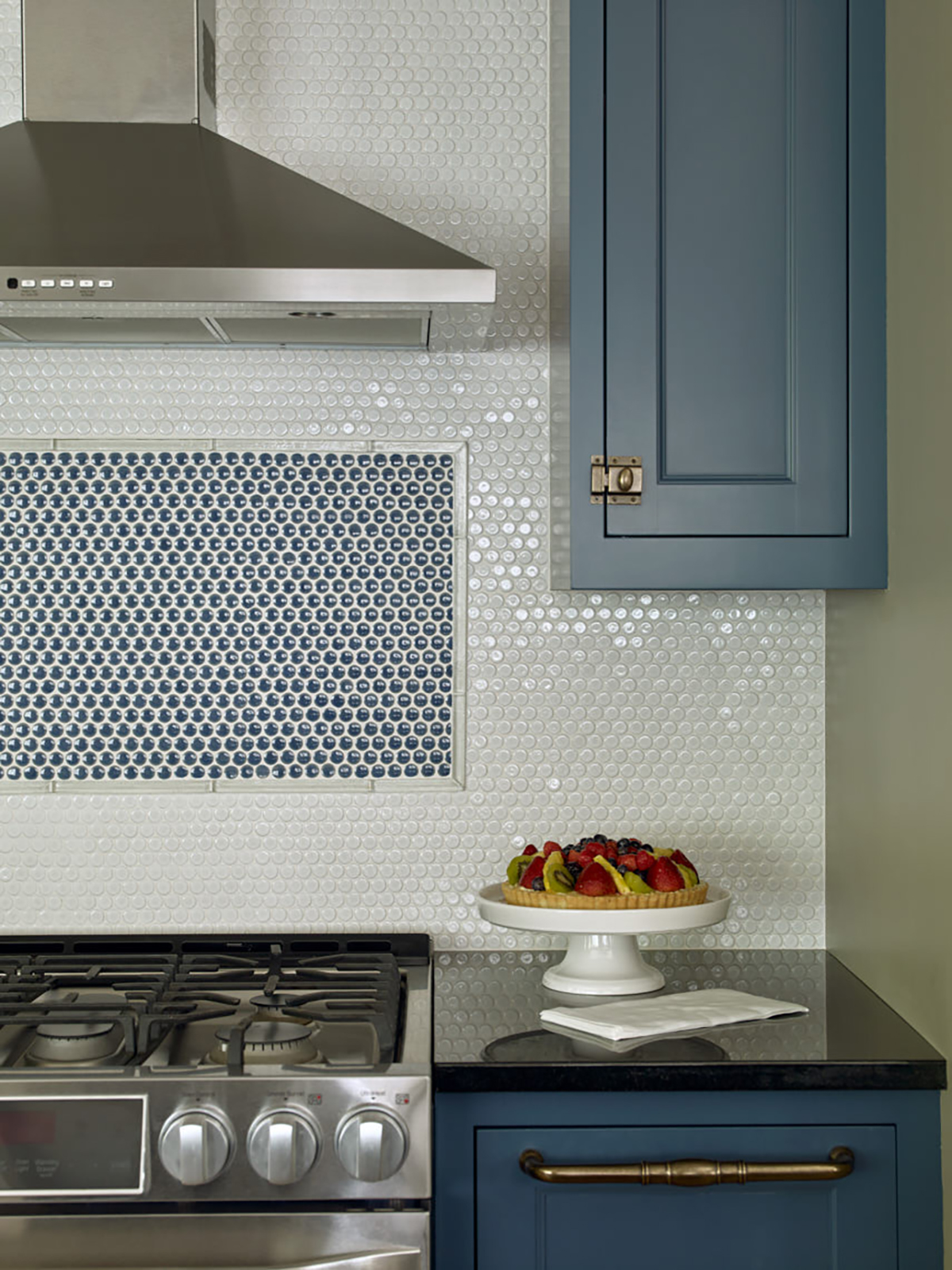 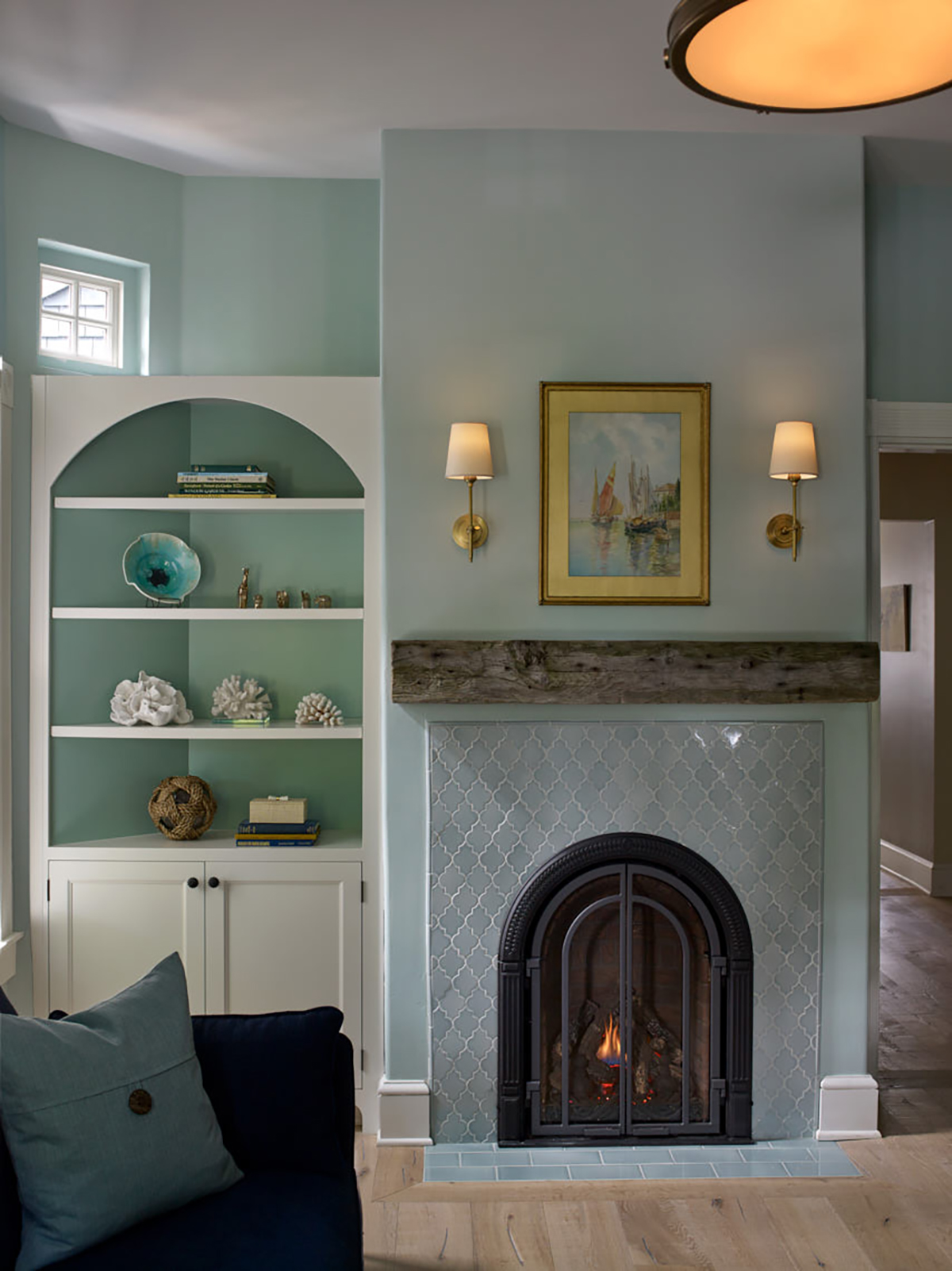 Beginning in December 2016 and with a project deadline set for six months later, Knickerbocker Group moved quickly to guarantee the homeowners a summer move-in date. The construction team launched into the renovation work on the exterior while the design team began creating plans for the interior to give the home a better flow.

As with many older homes, various additions over the years had left the house with some odd spaces.  Knickerbocker Group’s lead architect and interior designer considered the plan as a whole and realized that simply changing a few walls and openings could significantly improve the flow and make better use of the existing space without increasing the existing footprint.

Throughout the home, the design team maintained the twentieth-century feel with tiles from Old Port Specialty Tile Co. In the master bathroom and showers, they used subway tiles and for the backsplash behind the stove, minibar, and guest bath sink they used traditional penny rounds. “We looked at a tile pattern that you might find in a 1930’s bungalow as a way to honor the historic nature of the house,” said the lead interior designer.

Together, the homeowner and interior designer would shop for paint colors, cabinet styles, handles, knobs, and tiles. The client mentions, “She is just the friendliest, nicest, and most easy-going person to work with. She made it easy for my husband and me to be away because we trusted her.

Aiming to create a beach house aesthetic, Knickerbocker Group chose to paint the cabinets and walls in white, blue, green, and gray colors. Even the look of the floor resembles ocean driftwood and sand. 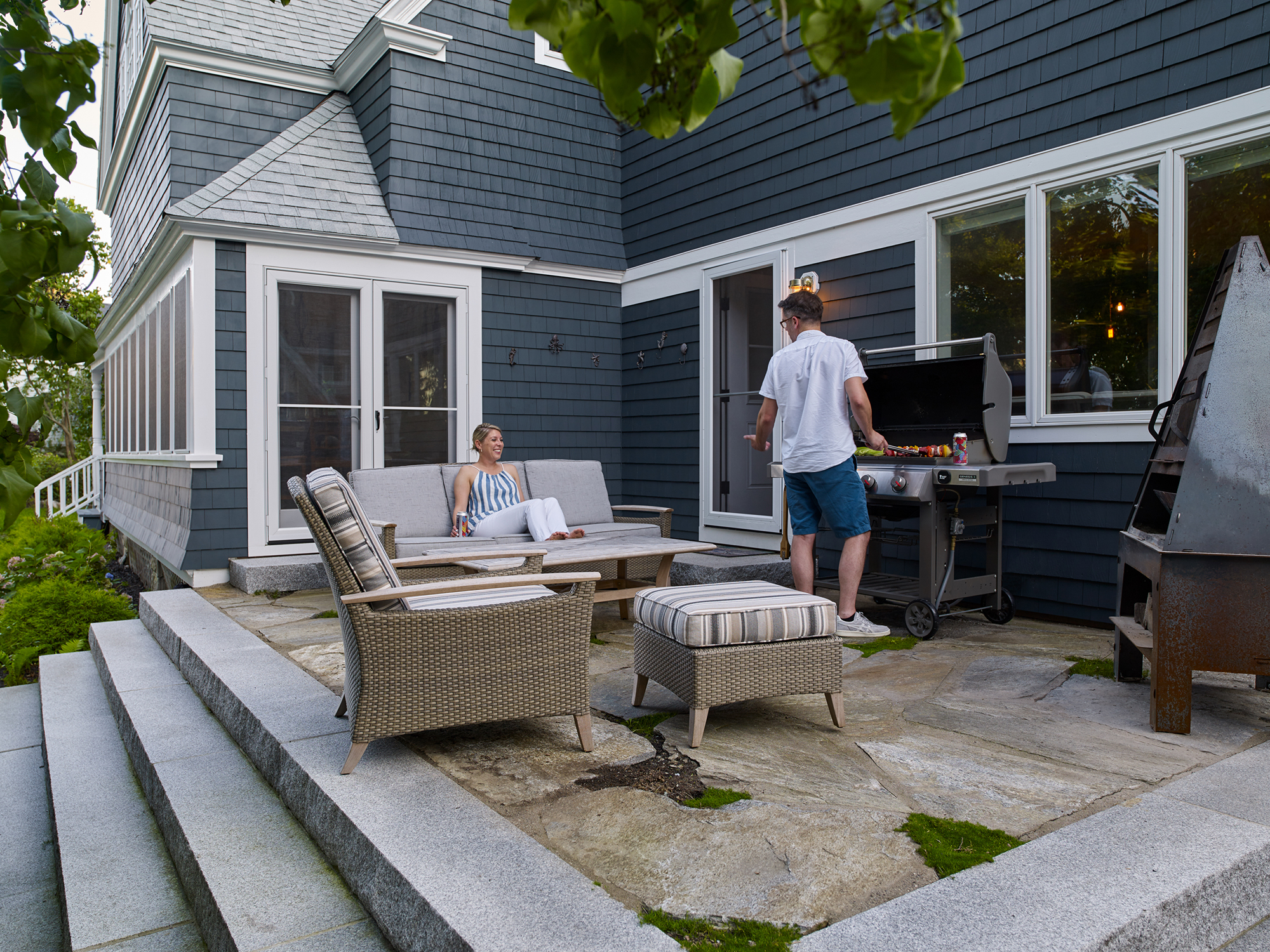 The design team continued the theme of bringing the outside in by building an outdoor terrace with granite steps and natural stone, adding a second set of white French doors to create two points of access from indoors to out. When the homeowners have parties, the terrace is an accessible space for guests to overflow and mingle. It allows them to have outdoor seating with a grill, creating a relaxed approach from both the side yard and the beach. 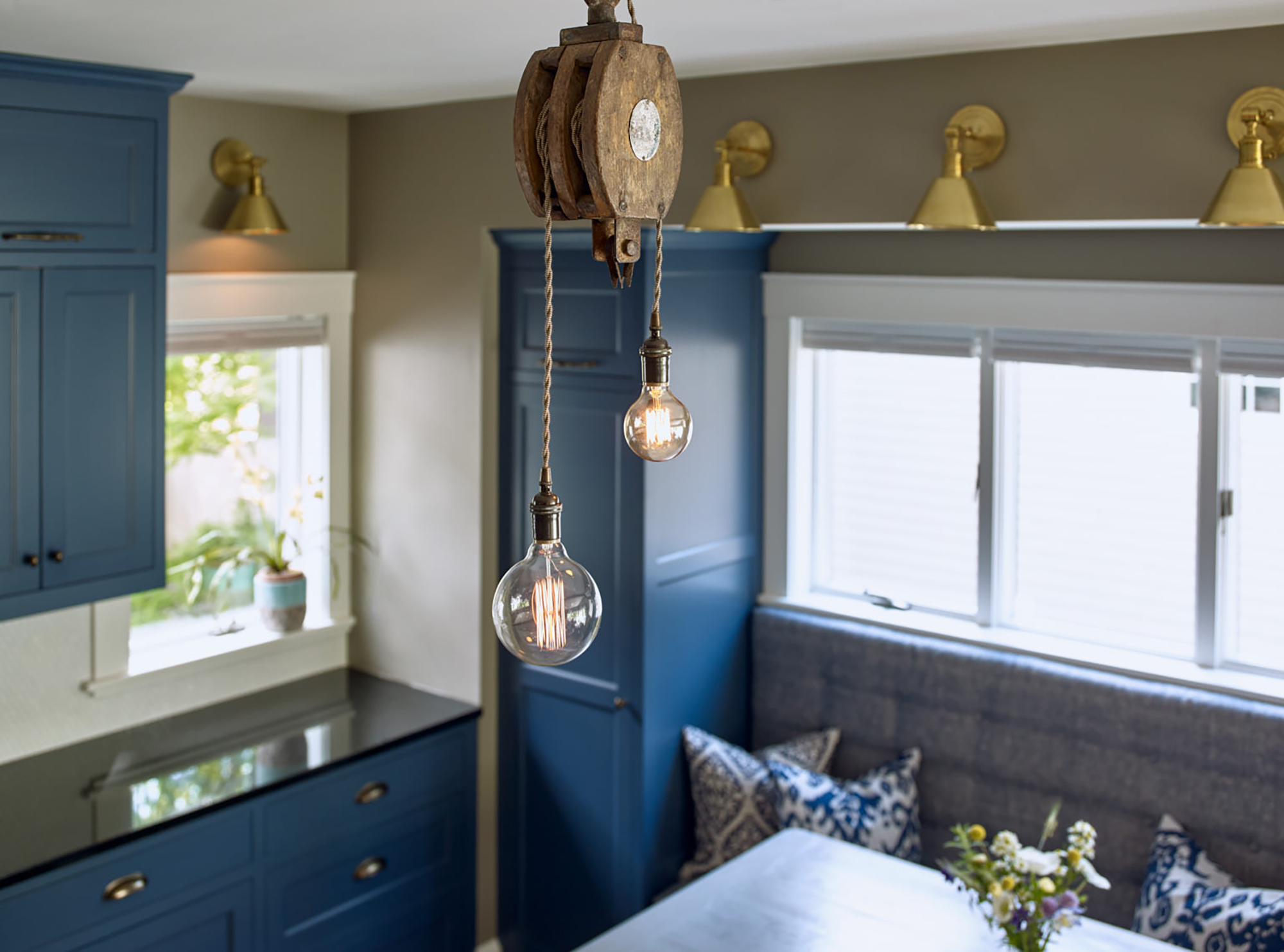 One step up from the stone terrace is the kitchen, the place where the avid cook spends most of her time. Complete with two small islands, a built-in banquette, and a closet that Knickerbocker Group transformed into an alcove for the stove, the kitchen offers enough space for cooking and entertaining. The homeowners refer to it as the “wow room”.

Knickerbocker Group’s interior designer knew the kitchen would be the homeowners’ main attraction, so she designed a space that is comfortable and pragmatic for their lifestyle. She even included a second “beach shower” in the downstairs bathroom and added a laundry room to what used to be a small pantry. She kept this same efficiency and style when approaching the upstairs renovations. 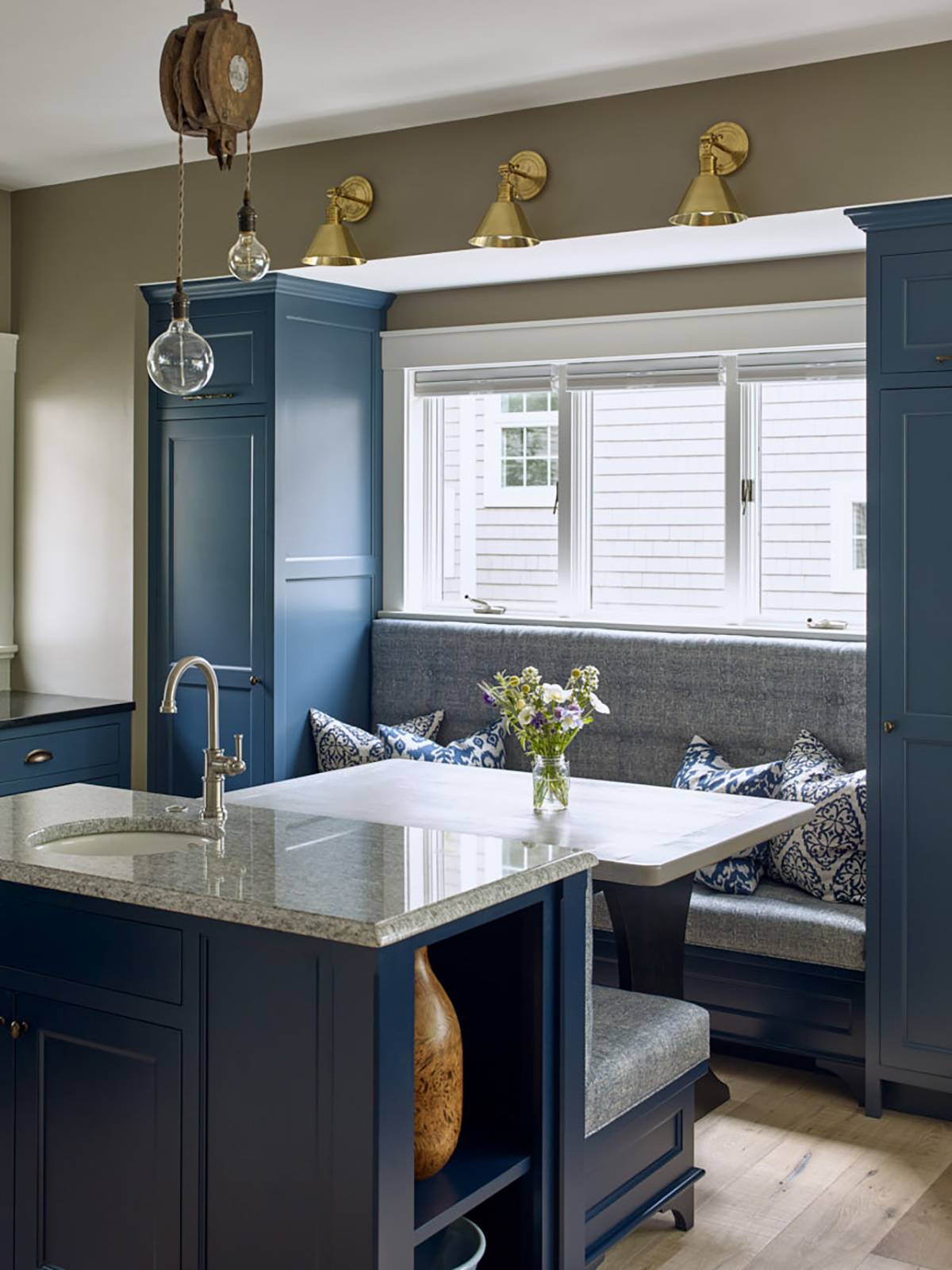 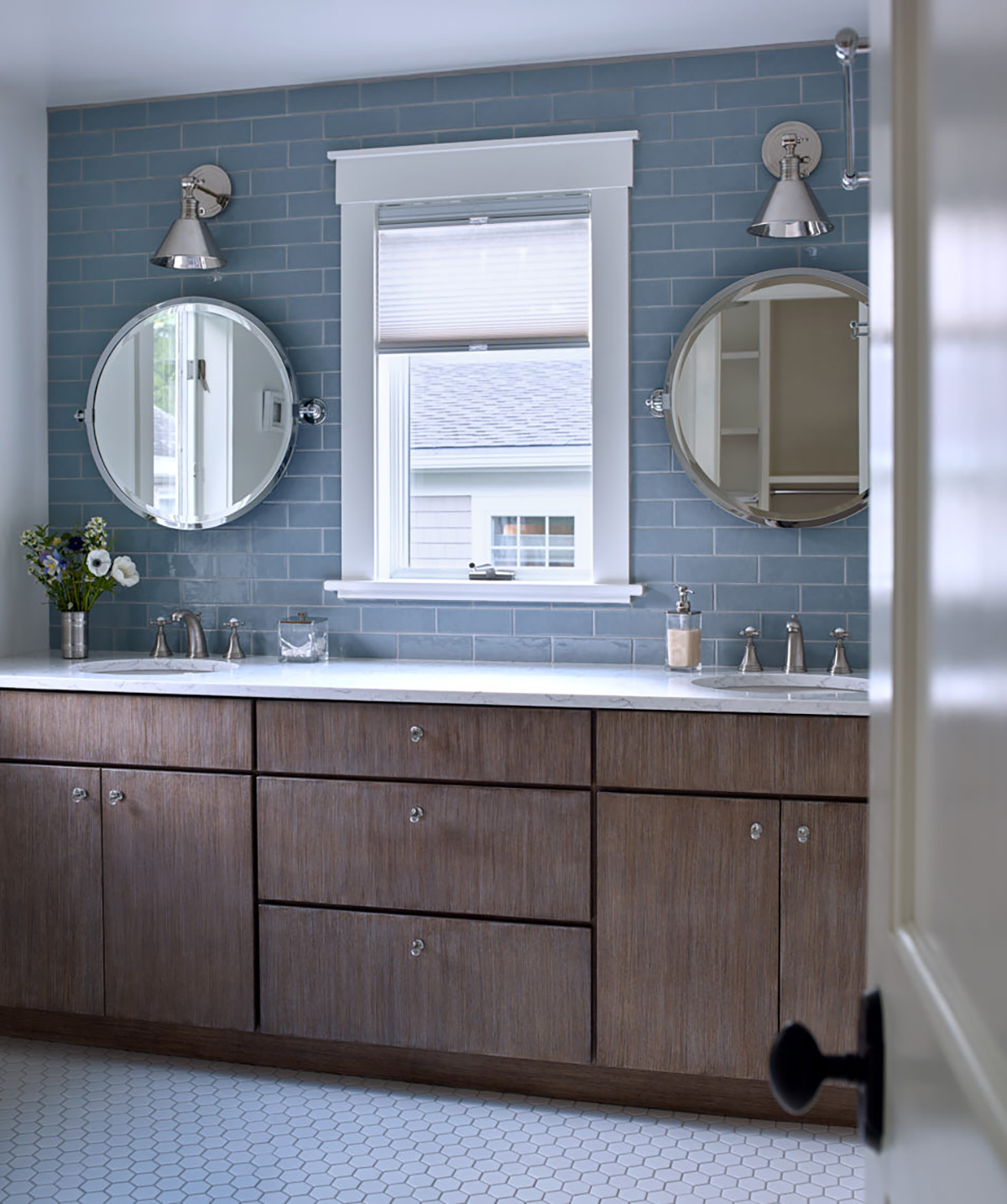 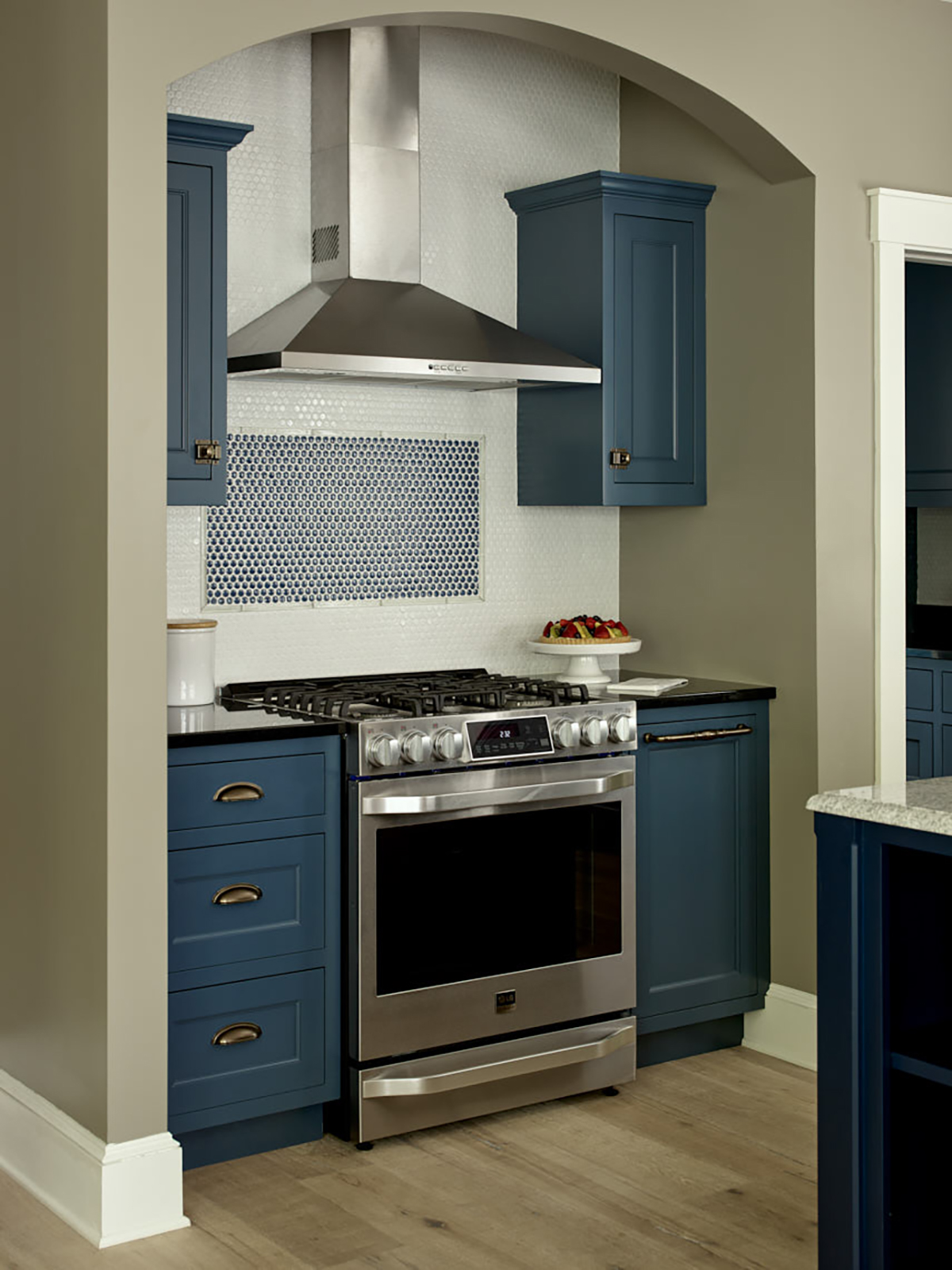 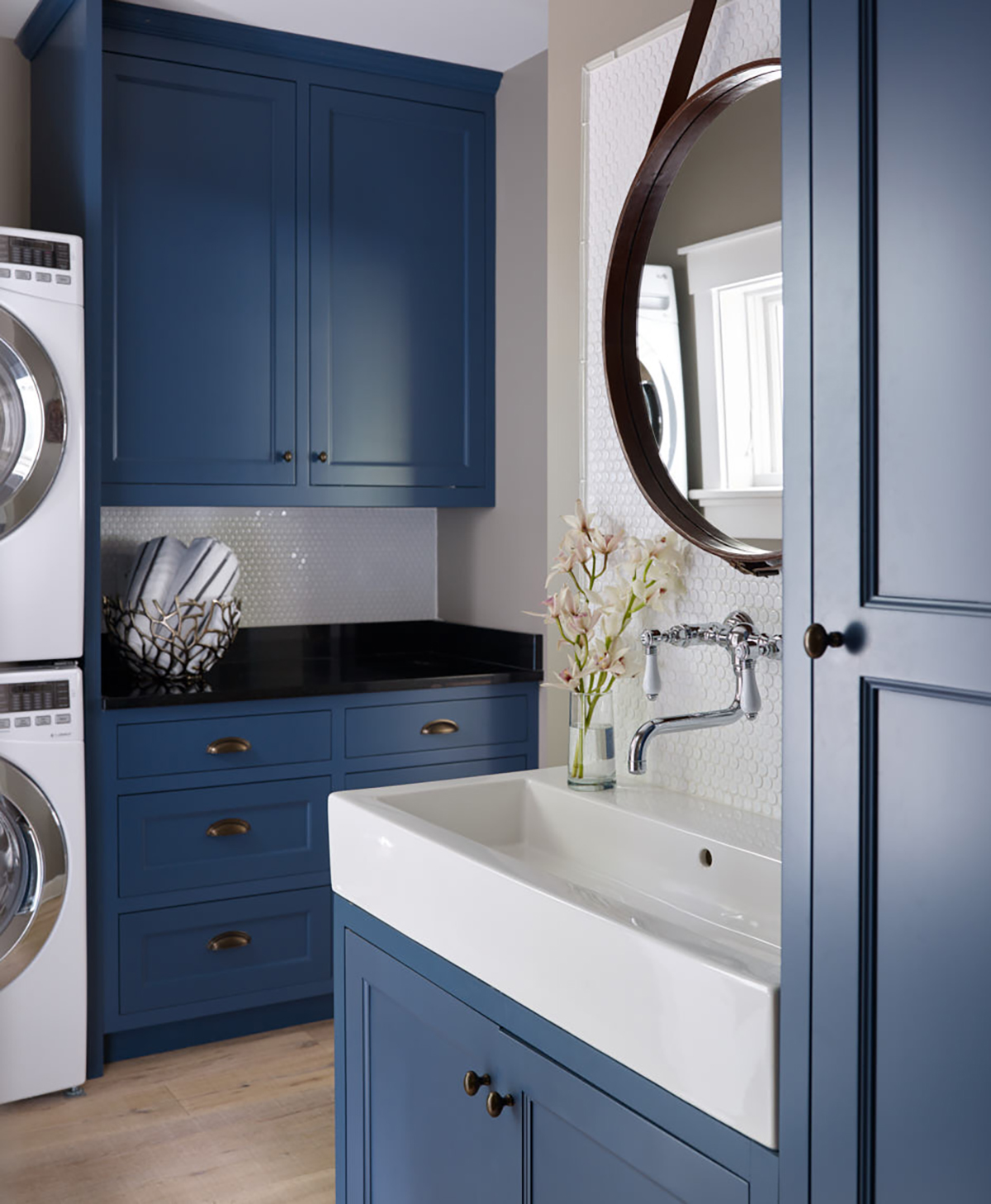 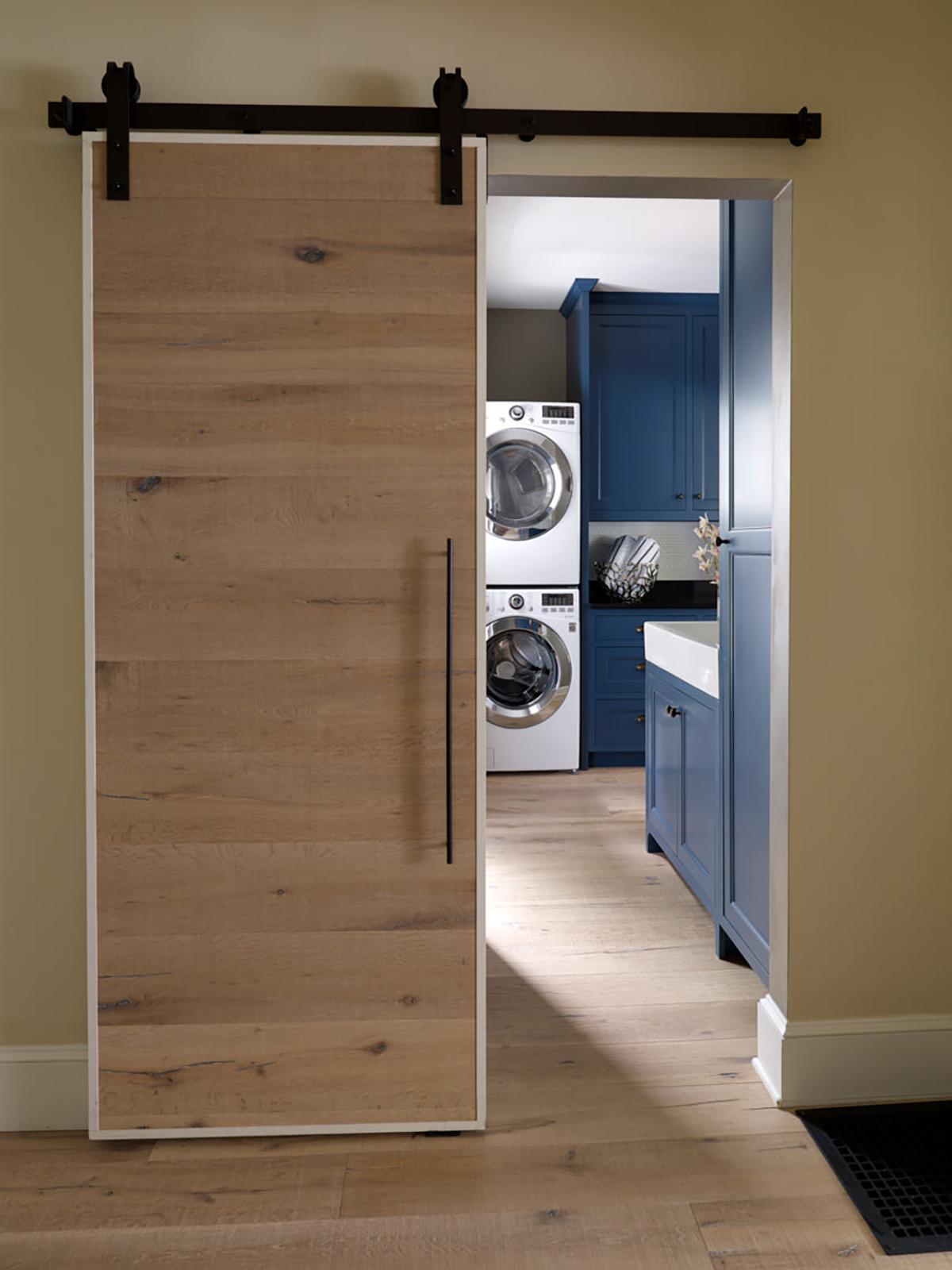 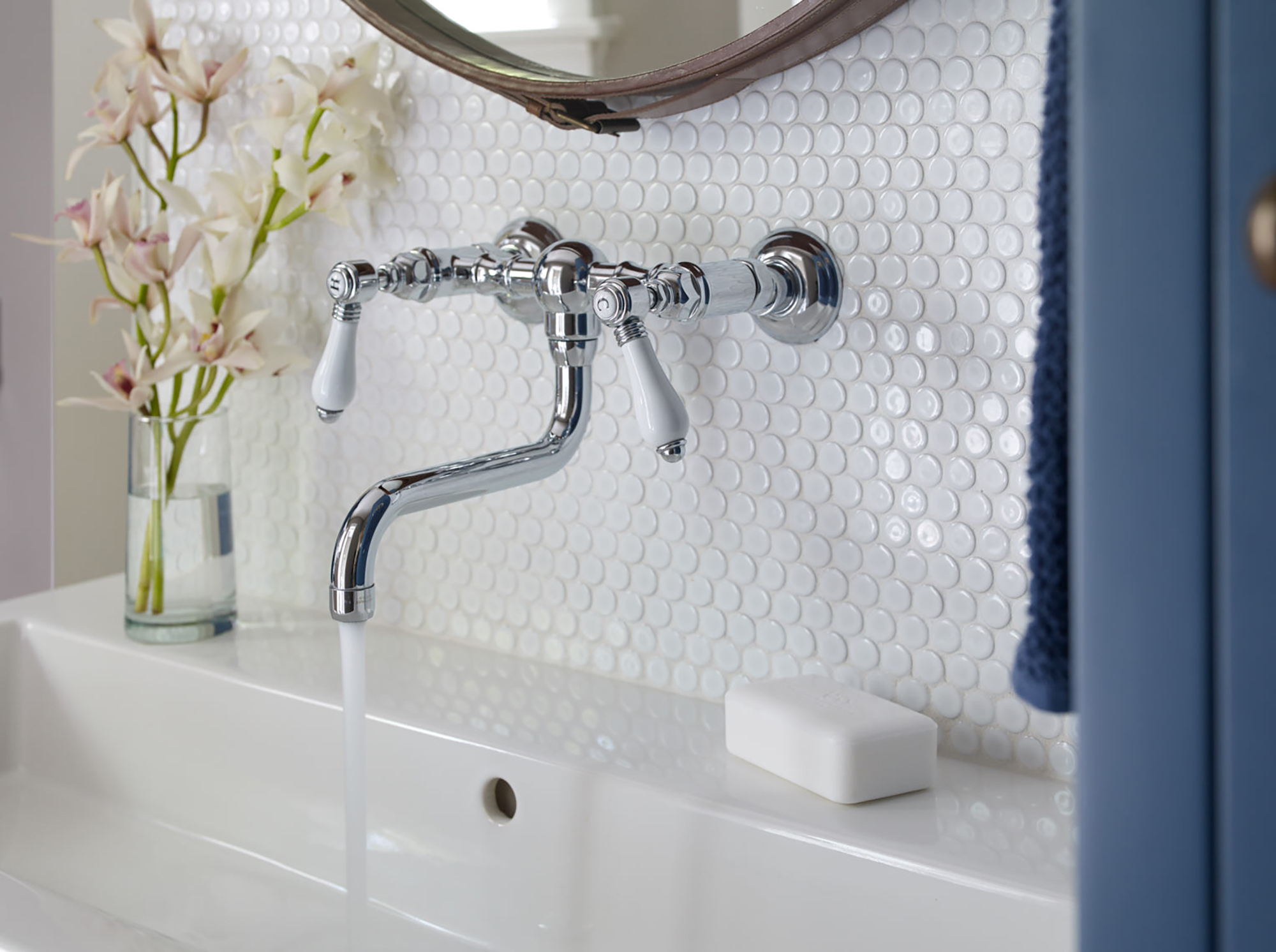 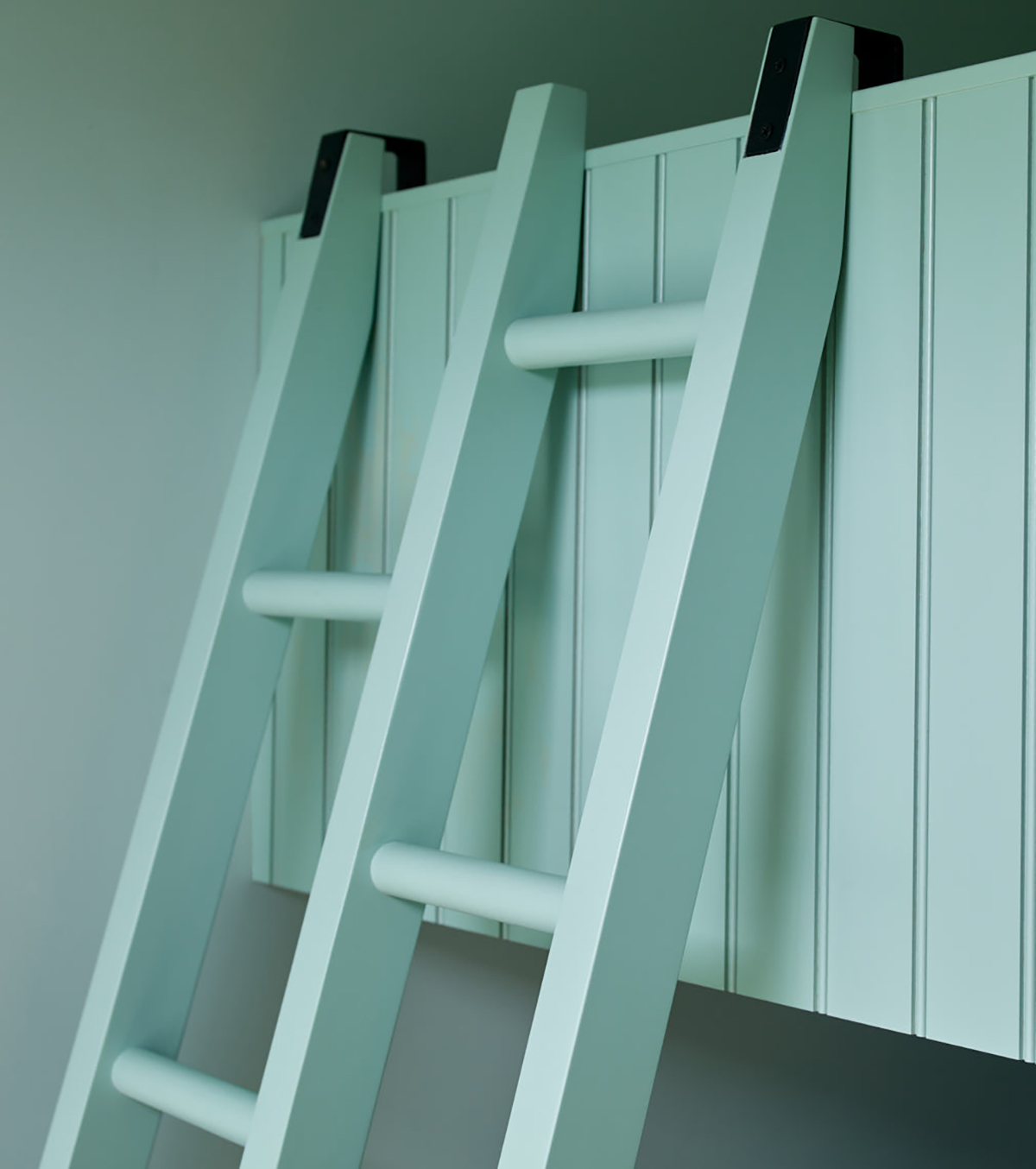 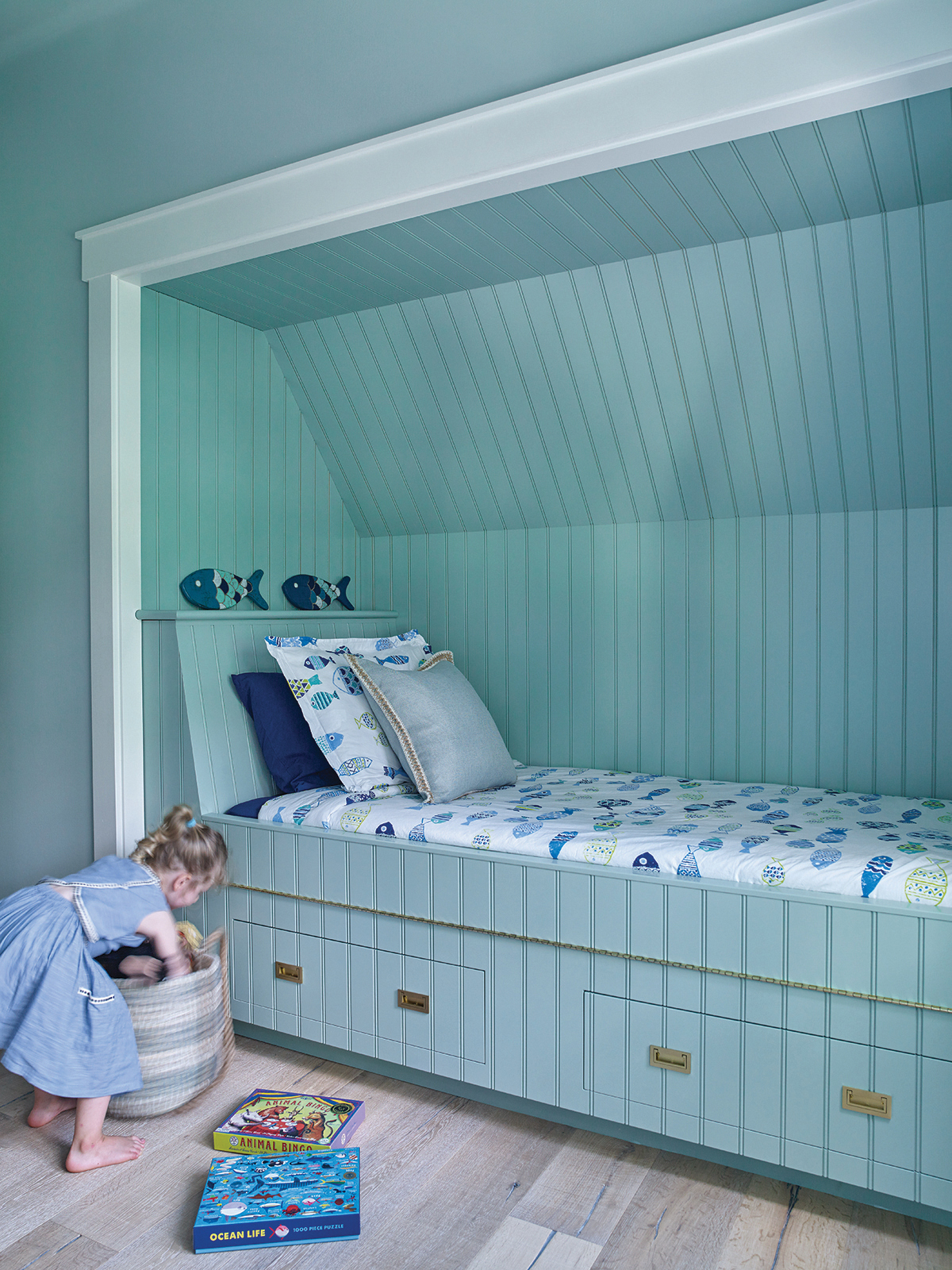 To create more space for the bunkroom, Knickerbocker Group redesigned a small upstairs office by taking underutilized eave space from a closet and replacing it with a twin-size bed that sits opposite a set of seafoam-colored bunk beds. The result is a third, comfortable bunk for the occasional sleepover. Under the beds are built-in drawers for storage—an example of how the interior designer managed to use every inch of the house without adding to its footprint. 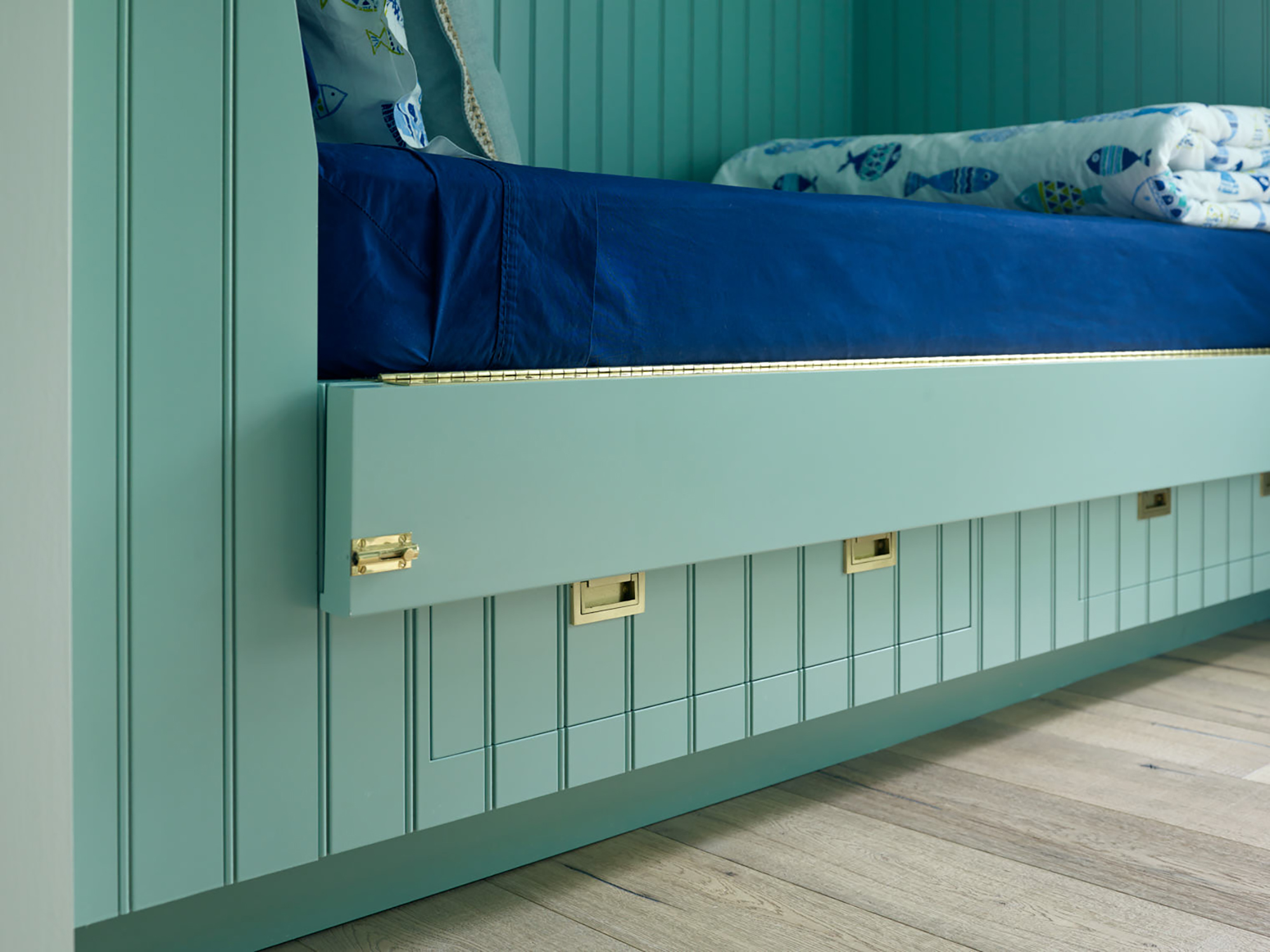 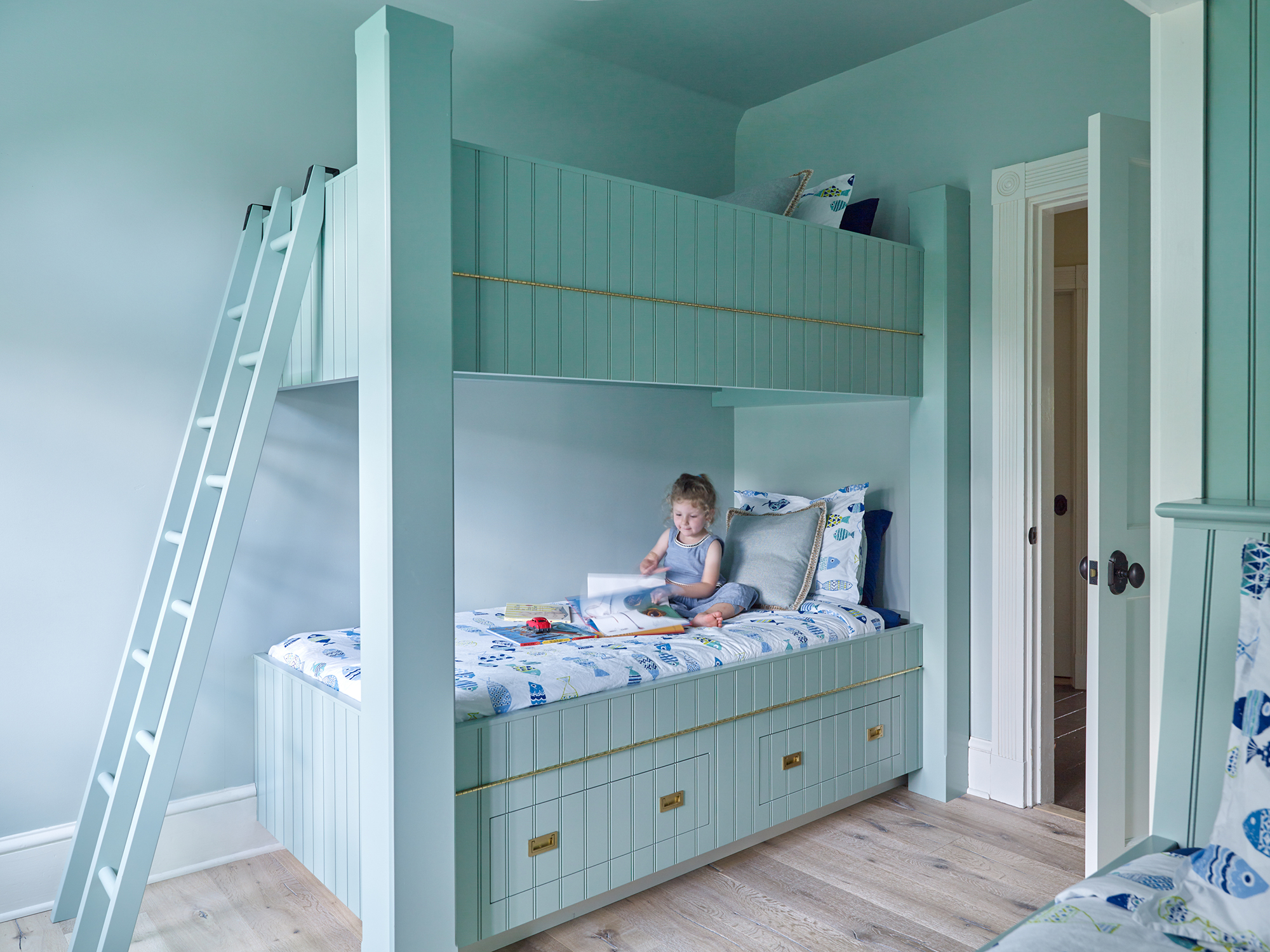 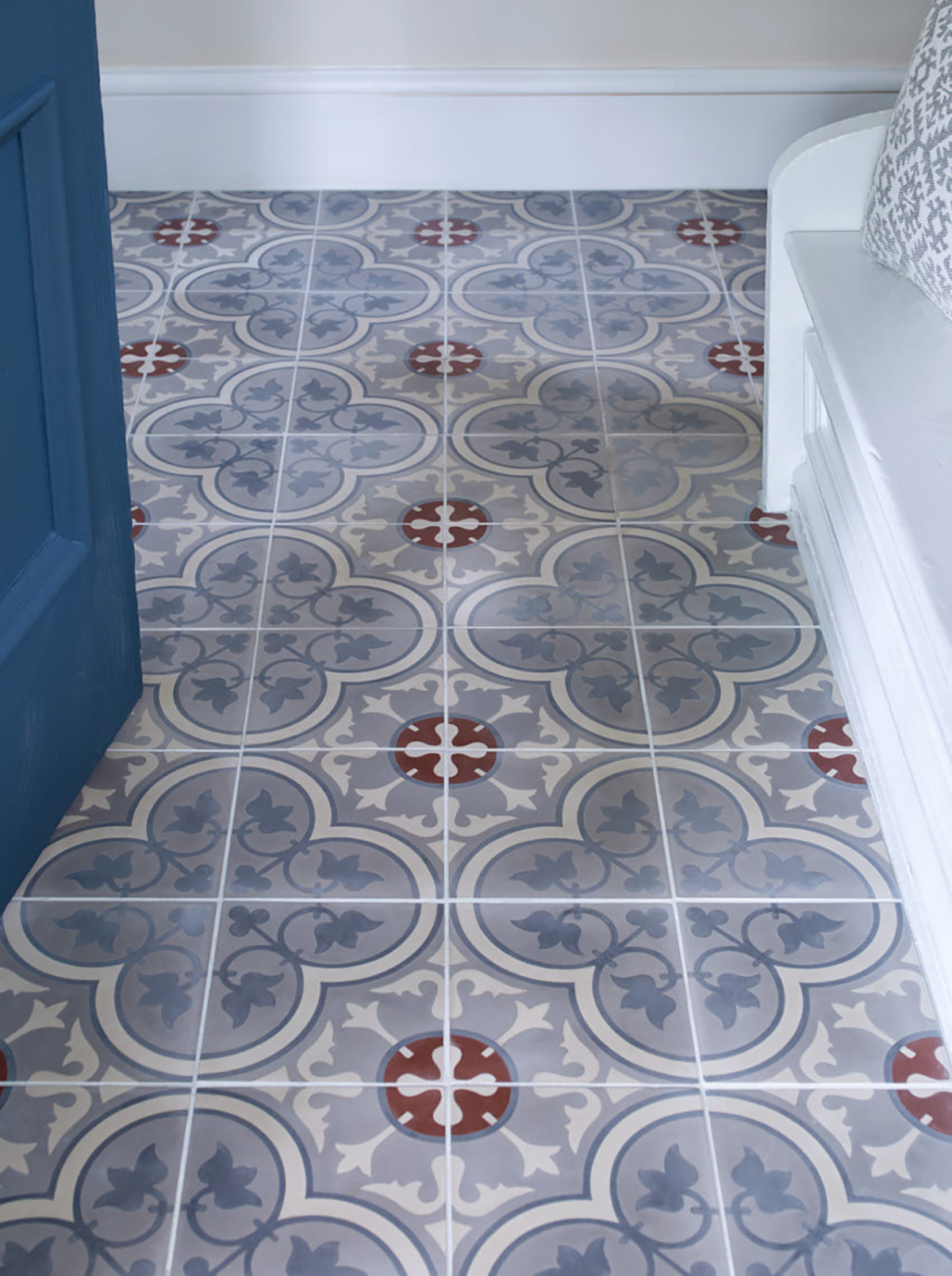 Connecting the first and second floor is the original twentieth-century wooden staircase. At the bottom, where the stairs meet the entranceway, is a set of encaustic tiles that have a traditional feel and pattern but are in a non-traditional color. The lead designer selected these tiles to bring the old and new together. For the homeowners, the tiles are another detail that makes them feel connected to history.

“I wanted to keep the character of the house, but still have the modern conveniences,” the homeowner said while motioning to the indoor gas fireplace that lives near the new twentieth-century style shelving space. With six beds, three baths, a mini bar, living room, and game room, the family has found their haven for summer and weekend getaways. Getting to sleep in, have breakfast on the terrace, and stay at the beach until sunset is a typical routine for this dynamic family. “They helped give the home a breath of life,” says Knickerbocker Group’s lead designer. “It now has a purpose and a new generation to come home after a day at the beach.” 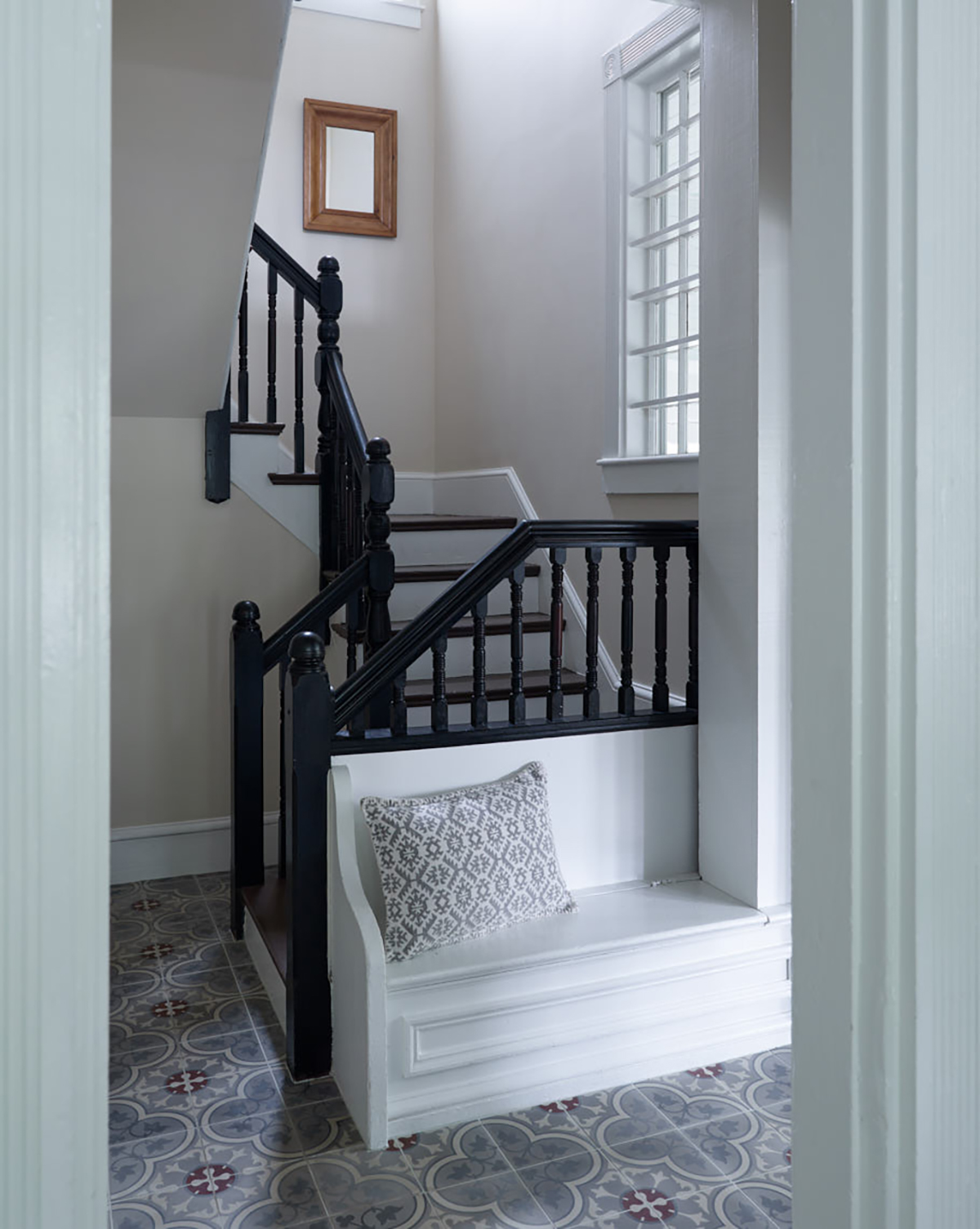